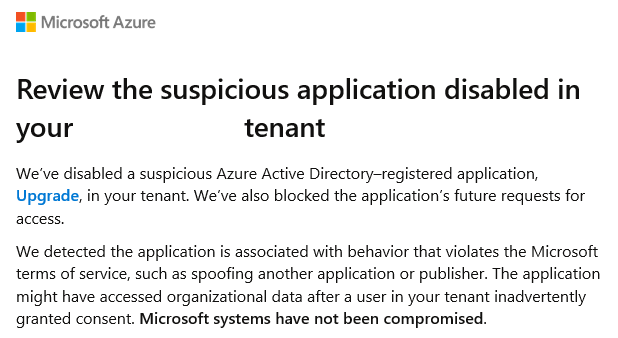 Microsoft is warning that its security intelligence service is seeing a phishing campaign currently targeting hundreds of organisations.

Users are asked to grant consent to “Upgrade” which would then read their emails as well as write them, and create inbox rules like forwarding all or specific messages to another account to exfiltrate data.

The attack was reported to Microsoft by a pseudonymous security researcher called TheAnalyst, who said it targeted users for a month.

“Upgrade” is signed by Cardthartic LLC, with the attacker using the viox.dev domain as well, TheAnalyst noted.

Microsoft has deactivated the app in Azure Active Directory, and notified affected customers.

It is not yet known who is behind the phishing attack.