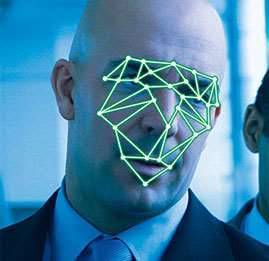 The ICO has taken the initial view that Clearview AI failed to process information gathered on people in an expected or fair way, and did not have a process to stop the data from being retained infinitely.

There doesn’t appear to have been a lawful reason to collect the information, which was collected without users’ knowledge or consent, and the ICO has now told Clearview AI to stop the practice.

Users of Clearview AI’s software – which included law enforcement agencies – can upload images of individuals’ faces, which are then matched to photos scraped from different internet sources such as social media networks.

Clearview AI’s system is said to have a database of more than ten billion images scraped off internet sites.

The company has been dogged by controversy and legal action over its data collection practices.

In July 2020, the ICO and the Office of the Australian Information Commissioner (OAIC) announced that they would conduct a joint investigation into Clearview AI’s practices.

Several Australian state police forces and federal law enforcement had been trialling Clearview AI, and the OAIC in Novermber ruled that scraping users’ likenesses off the web was a violation of privacy.

OAIC ordered Clearview AI to cease and desist with the practice, but the watchdog did not at the time issue a fine to the facial recognition company.

Clearview AI was ordered to delete all data held on Australians, and the facial recognition company terminated its trial accounts in the country as well.